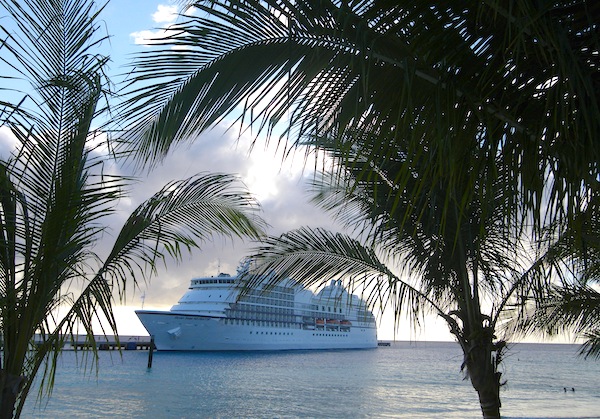 The premium and luxury cruise lines, like their mass-market counterparts, are preparing for another busy Caribbean season. Here’s what’s ahead for those who seek to be pampered under a hot Caribbean sun in 2010.

Celebrity Cruises – The 2,850-passenger Celebrity Equinox, the company’s newest arrival, makes her debut in the Caribbean this winter with 10- and 11-night cruises from Port Everglades. Celebrity guests also have more East Coast ports to choose from, including Baltimore, Charleston and Bayonne (for Bermuda cruises) and can take advantage of lower airfares to San Juan where Celebrity Summit visits no fewer than five ports in a week. Celebrity Solstice will sail year-round in the Caribbean starting this winter.

Holland America Line – Offering diversity and a breadth of itinerary lengths from seven to 14 days, Holland America has nine ships sailing the Caribbean on 126 cruises from January to May and October to December. The line’s newest ship, Nieuw Amsterdam, will offer seven-day western and eastern itineraries. Homeports are Ft. Lauderdale and Tampa. Some cruises include the Panama Canal and nearly all include the line’s award-winning private island of Half Moon Cay, Bahamas.

Oceania Cruises – Three of Oceania’s seven Caribbean itineraries for 2010/2011 will be new, including a 10-day “Mayan Mystique” voyage of the western Caribbean; a 14-day “Southern Treasures” cruise featuring overnights in Bermuda and Charleston; and a new springtime Panama Canal sailing. In addition, there will be two departures —November 27 and March 19 — for the 24-day “Amazon Adventure” and a 12-day holiday voyage. An introductory offer expiring March 31 includes free air and two-for-one pricing.

Regent Seven Seas Cruises — Ultra-luxury Regent will be offering a full season of Caribbean cruises from December to April this winter aboard the newly-refurbished Seven Seas Navigator. The ship is presently in dry dock receiving two brand new restaurants (Prime 7 and La Veranda) as well as a Canyon Ranch SpaClub. All roundtrip from Ft. Lauderdale, the cruises feature 2-for-1 fares, free air from 22 North American gateways and free unlimited shore excursions.

Windstar Cruises — The line will be introducing a new 7-day St. Martin roundtrip itinerary this winter on the 148-guest Wind Spirit. Each week from December through March, look for port calls to include St. Kitts, Tortola, Jost Van Dyke, Virgin Gorda and St. Barts. The 312-guest Wind Surf will be offering 7-day roundtrip sailings from Barbados.

Celebrity Cruises’ Captain’s Club — the top-rated premium brand’s three-tiered recognition and benefits program designed exclusively for its most loyal guests — has been redesigned and relaunched based on a series of member-inspired improvements. Several new features are rolling out across the fleet on sailings beginning this month, while others will be introduced in intervals over the course of the year. END_OF_DOCUMENT_TOKEN_TO_BE_REPLACED