MSC Divina, the third and latest addition to the MSC Cruises’ flagship Fantasia class, was ceremoniously floated out of dry dock on Sept. 3. She was transferred to a different dock at the STX Europe shipyard in Saint-Nazaire, France for final fitting and furnishing ahead of her christening in May 2012. The occasion was witnessed by a select group of guests who gathered to applaud the ship which will become the 12th and most magnificent of the MSC Cruses fleet. It was a major milestone in the build of the new 140,000 ton, 4,363 passenger MSC cruise ship.

As the most advanced of the trio of Fantasia Class cruise ships, cutting edge technical changes on MSC Divina include more powerful propulsion motors (rated at 21.8 MW each. That’s 1.8 more than the motor on the MSC Splendida), brand new alternators and a state-of-the-art air-conditioning system. The ship will also feature a new reverse osmosis system for fresh water production that requires 40 percent less power, therefore assuring less environmental impact.
Construction of MSC Divina started over a year ago. A complement of 74 mega-blocks, each consisting of a set of large pre-fabricated hull components were used in assembling the ship. Work on the keel is nearly completed. Fifty percent of the fitting out has been done which includes completion of the electrical networking, plumbing and public areas. Work has also already started on 400 of the 1,751 cabins. That’s one hundred more than her sister ships.

She is named in honor of Sophia Loren, modern day Italian film legend and patron of the MSC Cruises fleet. MSC Divina will be appropriately themed as a divine goddess.

The ship’s 18 decks (13 of them for passengers) will be named after the gods of Ancient Greece; among them are Urano, Afrodite, Aurora, Giunone, Artemide, Zeus, Mercurio, Cupido, Iride, Minerva, Apollo, Saturno and Elios.
The aft Garden Pool will enhance the “sent from the gods” feel of the ship. It’s being designed and decorated as a heavenly upscale area for a quiet retreat. It will provide a great place to watch the sunset or to star gaze at night.

EN ROUTE TO SPLIT, CROATIA, August 4, 2011 – The “Freestyle Cruising’’ concept is playing out brilliantly aboard Norwegian Jade here in the Mediterranean this summer.

NCL pioneered the model over a decade ago — regimented onboard routines and set dining times would not be thrust on their passengers. It’s their vacation, after all.

Instead, passengers are enjoying a myriad of onboard entertainment and dining choices yet with no set schedules or even dress codes to adhere to. Add open seating dining and flexible restaurant hours to the mix and it’s a big hit with passengers.

Feel like sushi tonight? Perhaps a thick steak? Maybe a lite snack from the salad bar? Jade offers no fewer than 14 dining options spread throughout the ship. Some are part of your cruise fare others, however, feature a nominal fee between $15-25 per person but well worth it among Japanese, French, Italian or U.S. steakhouse/seafood fare.

Whether paying additional surcharges, or not, the culinary options are among the most varied at sea. We’ll take a closer look at the choices later this week.

Jade offers a supervised facility for children featuring a play gym, movie theatre with kid’s movies, computer center, and an arts and crafts area. There’s also a club for teens and a video arcade.
In keeping with the “Freestyle Cruising’’ concept, Jade stateroom accommodations run the gamut. There’s even a suite complex at the top of the ship complete with two luxurious 5,000 square-foot garden villas, a deluxe owner’s suite, three owner’s suites and 10 courtyard villas, eight of which have a separate children’s bedroom.

It’s all about choices aboard Norwegian Jade . . . lots of them. 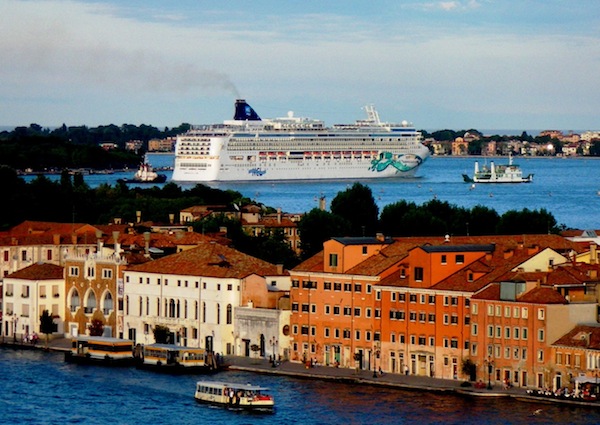 Norwegian Cruise Line’s 2,402-passenger Norwegian Jade (formerly Pride of Hawaii) embarked on a 7-night roundtrip Mediterranean journey from Venice, Italy, this past weekend. One of 11 ships in the NCL fleet, this European-based vessel will be unveiling a series of 9-day cruises from Barcelona to the Canary Islands beginning in December. Cruise News Weekly Editor Michael Coleman is onboard and will be posting dispatches from the ship in this space over the next week. Image courtesy Michael Coleman 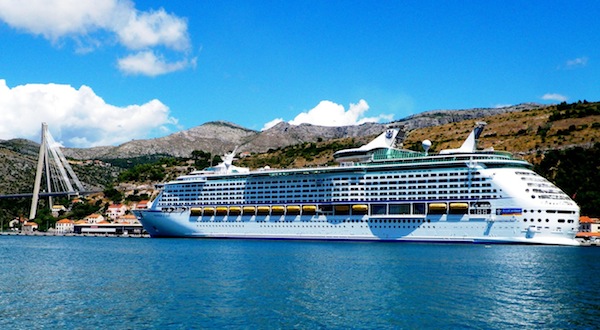 Royal Caribbean’s 3,114-passenger Voyager of the Seas is in the midst of a 7-night roundtrip Mediterranean journey from Venice, Italy, this week. Just over a decade ago it was the largest cruise ship in the world. Today, five other ships within the Royal Caribbean fleet alone are larger, but Voyager at 137,276 tons revolutionized the cruise industry, paved the way for today’s mammoth vessels, and she is poised to once again make history.

Cruise News Weekly Editor Michael Coleman is in the Mediterranean this week aboard MSC Fantasia and will be reporting on, among other things, the MSC Yacht Club, an exclusive, private onboard enclave.
Fantasia will be calling on ports in Italy, Africa and Spain as the week progresses.

The first luxury cruise ship to be unveiled in six years has been launched and is now sailing in the Mediterranean.

The 450-guest, 32,000 ton Seabourn Odyssey features 225 luxury suites (90 percent with verandas), Charlie Palmer cuisine and when a series of voyages ends this year she’ll set off on the company’s first world cruise. END_OF_DOCUMENT_TOKEN_TO_BE_REPLACED 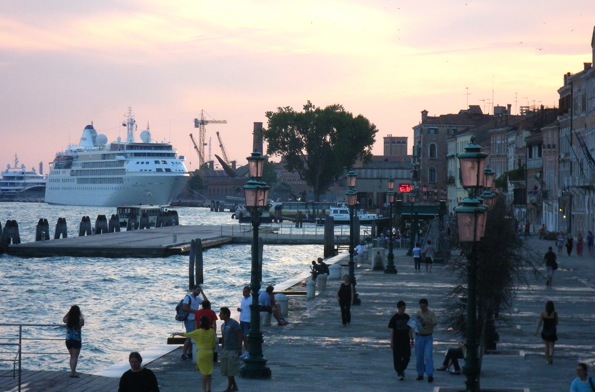 Cruise News Weekly Editor Michael Coleman is in the Mediterranean this week aboard the newly-refurbished Silver Wind. One of the world’s most luxurious ships, the 298-guest vessel was in Venice, Italy a few days ago. She will be calling on ports in Croatia (Zadar and Dubrovnik), Malta (Valletta and Gozo) and Spain (Palma de Mallorca and Valencia). We’ll update her progress on this space as the cruise unfolds, including coverage of a classical music event scheduled exclusively for Silver Wind guests at Magazino Hall in Valletta. 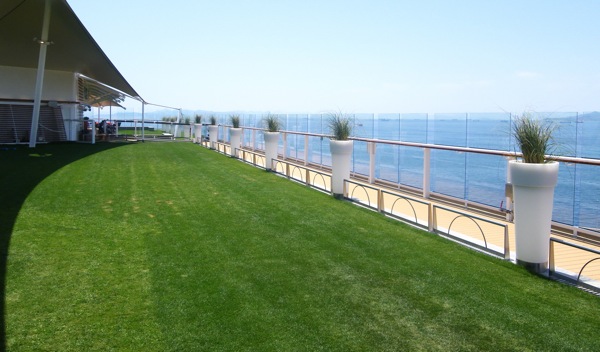 ATHENS, Greece — Passengers were greeted by many firsts this week as they boarded the 2,850-passenger Celebrity Solstice.

The vessel sports a half-acre-sized lawn complete with real grass on the top deck. Between games of bocce ball and croquet, even putting competitions, couples have also been enjoying picnics — sans shoes of course — as bare feet meets turf for the first time at sea. END_OF_DOCUMENT_TOKEN_TO_BE_REPLACED 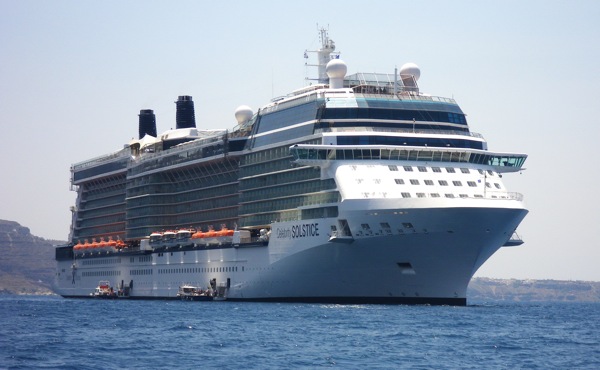 Ultra-luxurious Silversea Cruises has just unveiled a series of music-themed sailings for the remainder of 2009.

From fans of jazz and the Beatles to opera enthusiasts, the line will cater to music lovers on seven voyages that will also explore the Mediterranean and British Isles. END_OF_DOCUMENT_TOKEN_TO_BE_REPLACED