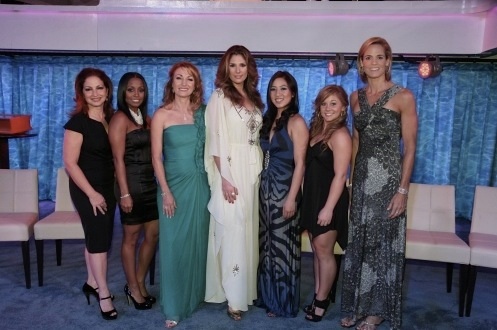 When Royal Caribbean officially names its newest cruise ship, Oasis of the Seas, on Monday, Nov. 30, 2009, the cruise line will continue its tradition of innovation by putting a new twist on one of maritime’s longest standing traditions.

While normally bestowing the honor of godmother on one special person, Royal Caribbean has chosen seven extraordinary godmothers to represent the seven neighborhoods onboard Oasis of the Seas. Each of the seven godmothers was chosen because they personify strength of character, exemplify the spirit of giving, and are role models for men, women and children alike.

The godmothers include:
– Gloria Estefan, world-renowned singer, songwriter, actor and author, who was godmother of Royal Caribbean’s Empress of the Seas
– Michelle Kwan, the Olympic Games medalist is an all-time great and the most decorated figure skater in United States history, and is also an American Public Diplomacy envoy promoting education, positive health practices and respect for diversity
– Jane Seymore, a multiple Emmy and Golden Globe winning actor, as well as an Officer of the British Empire, who remains actively involved in the J and J Foundation benefiting children in need. Based on her philosophy that keeping an open heart despite adversity can bring a wealth of love, hope and inspiration into life, she founded the website www.KeepAnOpenHeart.com, a community where people can share stories and engage in a dialogue about living with an open heart.
– Dara Torres, twelve-time Olympic medalist and oldest female swimmer to compete in a record five Olympic games (1984, 1988, 1992, 2000 and 2008)
– Keshia Knight Pulliam, film and television actress is well-known for her role as Rudy Huxtable on the classic sitcom “The Cosby Show.” The youngest actress ever nominated for an Emmy Award when she was only 6 years old, she presently stars on the TBS television comedy “Tyler Perry’s House of Payne” and was most recently seen starring in the hit motion picture “Madea Goes To Jail.”
– Shawn Johnson, four-time medalist at the 2008 Olympic games for women’s gymnastics and cancer philanthropist, who in addition to serving as a godmother for Oasis of the Seas, will be granting wishes onboard as part of her work with the Make-A-Wish Foundation.
– Daisy Fuentes, international television personality and producer, beauty and fitness expert, and recognized role model for Latin-American women in the United States, who is committed to improving children’s health and treatments through St. Jude’s Children’s Hospital, Starlight Children’s Foundation and the March of Dimes.

“It is a humbling and equally exciting privilege to have these seven exemplary women take on the responsibility of being godmothers of Oasis of the Seas,” said Richard D. Fain, chairman and CEO, Royal Caribbean Cruises. “We felt it only fitting that our most revolutionary ship be named by an outstanding group of women who embody the same excellence in their respective fields.”

The seven women will take their posts to officially name the ship at a ceremony during a one-night inaugural celebration-fundraiser onboard Oasis of the Seas to benefit the non-profit Make-A-Wish Foundation, which grants the wishes of children with life-threatening medical conditions. Tickets for the once-in-a-lifetime event begin at $500 per person.

Guests who wish to continue their adventure onboard will receive an exclusive discount price, beginning at $650 per person, on a four-night cruise package sailing to the cruise line’s private beach destination, Labadee, departing the morning following the event on Tuesday, Dec. 1 (rates based on double-occupancy and stateroom package).

For reservations to this exclusive event combined with the four-night sailing, contact Cynthia Paez, Royal Caribbean International, at (877) 202-1520, ext. 12751, or [email protected] 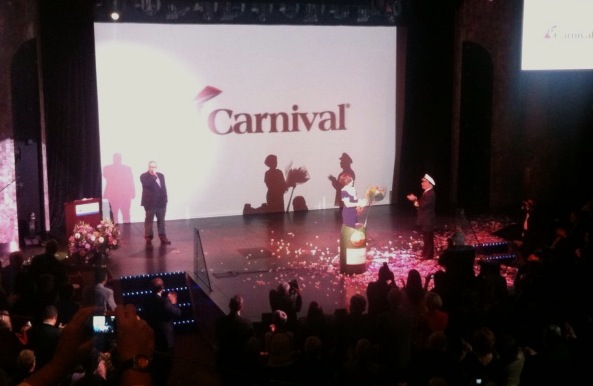 For video of the full ceremony, visit Carnival.com/Dream. 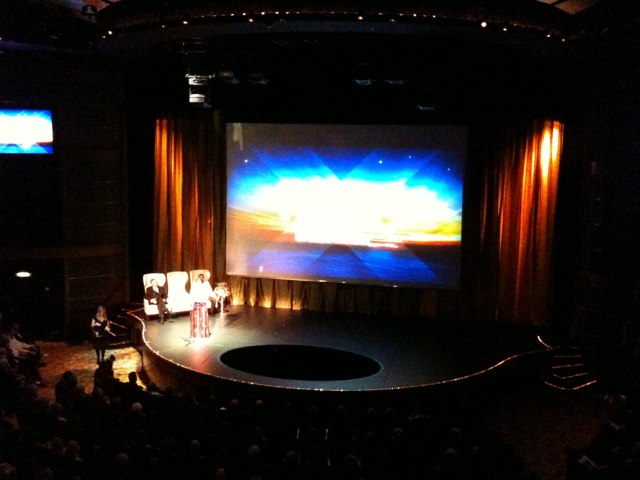