Cruise News Weekly staff will be boarding the newest ship at sea next week and you can follow along on our social media sites.

We’ll be boarding the brand new Carnival Magic in Venice, Italy on Sunday, May 1 for a 9-night European cruise. Port stops include Messina, Civitavecchia/Rome, Livorno, Dubrovnik, Naples and Monaco. The cruise ends in Barcelona.

We’ll be posting live photos, information and videos (Internet connection willing) right from the ship throughout the cruise. Look for a full review in the coming weeks.

In addition to our coverage of the Magic, you can watch Carnival’s official videos of the christening and around the ship on their Facebook page. You can can also participate in a Facebook quiz based on their videos for a chance to win a seven-day Carnival Magic cruise for four to the Caribbean. 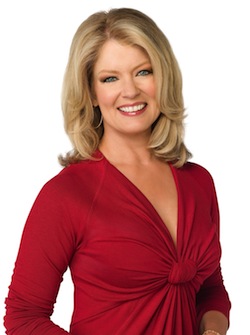 Guests sailing aboard Silver Spirit’s 91-day Grand Inaugural Voyage this month are set to enjoy an exclusive evening of entertainment when multiple Grammy Award-nominee Michael Feinstein takes to the stage. The performance will follow a gala bon voyage dinner to be held aboard Silver Spirit in Fort Lauderdale on Wednesday, Jan. 20, the day before the ship embarks on an expansive journey exploring over 20 countries and 45 ports throughout the Americas – for the very first time.

“Every detail of Silver Spirit’s Grand Inaugural Voyage has been designed with a highly discerning and experienced traveler in mind, and we want the onboard entertainment experience to be of equally exceptional caliber,” said Christian Sauleau, Silversea’s executive vice president of vessel operations. “We’re delighted to have such an extraordinary performer as Michael Feinstein on hand to help us celebrate the launch of our new flagship and what is sure to be the voyage of a lifetime for our guests.”

An outstanding vocalist and pianist, Michael Feinstein is renowned for finding “lost,” older songs and breathing new life into them. His repertoire includes songs by such great songwriters as George Gershwin, Irving Berlin, Johnny Mercer, and Duke Ellington.

The newest addition to Silversea’s ultra-luxury, six-ship fleet, Silver Spirit debuted in Europe in December and will host several days of inaugural activities in Fort Lauderdale when the 540-guest, all-suite ship arrives on Tuesday, Jan. 19. Among the highlights is the Christening Ceremony scheduled to take place on Thursday, Jan. 21.