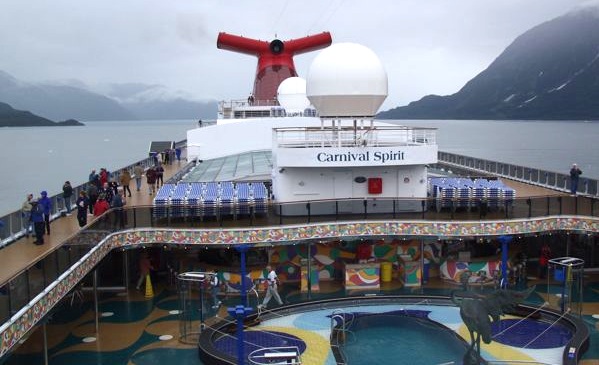 For the first time ever, Carnival Cruise Lines will operate a schedule of seven-day Alaska cruises round-trip from Seattle beginning in May 2010.

In total, 17 week-long Alaska cruises will operate from the Port of Seattle from May 11 to Aug. 31, 2010 departing Tuesdays aboard the 2,124-passenger Carnival Spirit. Port calls on these voyages include the popular Alaskan destinations of Skagway, Juneau and Ketchikan, as well as Victoria Island, British Columbia, and cruising Tracy Arm Fjord. The Carnival Spirit also features an on-board naturalist who educates guests on the region’s colorful history and points out animal and marine life from the ship’s bridge.

“Nothing compares to Carnival’s Alaska cruises, which showcase the beauty of the Last Frontier with an outstanding combination of charming and historic destinations, breathtaking scenery and our unmistakable brand of fun, all at incredible value,” said Lynn Torrent, Carnival’s senior vice president of sales and guest services.

“And Seattle is a terrific addition to Carnival’s industry-leading number of North American departure points. It will provide our guests with a convenient and affordable air transportation option, as well as the opportunity for those in the Western region of the U.S. to drive to Seattle,” she added.

Prior to the start-up of the new program, Carnival Spirit will operate two special voyages — a six-day Inside Passage voyage from Vancouver to Seattle departing May 5, 2010 and a seven-day Glacier Bay cruise from Seattle to Vancouver Sept. 7, 2010. Both voyages include a cruise through the Inside Passage along with port calls at Juneau, Skagway and Ketchikan; and the seven-day cruise also includes a day of cruising in Glacier Bay.