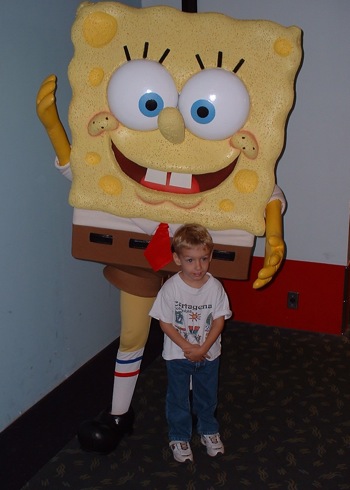 Beginning in April on Norwegian Jewel and this summer on Norwegian Epic, Nickelodeon and Norwegian experiences for the entire family will include: character meet and greets; interactive game shows; and more. The three-year partnership also includes select specialty Nickelodeon-themed cruises each year, featuring Nickelodeon TV stars, show premieres and continuous themed-entertainment on the ship.

“Nickelodeon is an incredible family brand that is well-known to kids and parents of all ages,” said Kevin Sheehan, Norwegian’s chief executive officer. “Combining its worldwide appeal with our signature Freestyle Cruising will create the ultimate experience at sea for families. For any family considering a cruise vacation, there is no better value and experience than Nickelodeon at Sea on Norwegian Cruise Line.”

“At a time when families are seeking special travel experiences, we see an opportunity to build on the success of our previous Nickelodeon cruises to create a unique family cruise vacation experience with Norwegian Cruise Line,” said Howard Smith, executive vice president, Nickelodeon Recreation. “By partnering with Norwegian, we are now able to offer families Nickelodeon entertainment and programming at sea all year long.”

Nickelodeon at Sea will launch on Norwegian Jewel when the ship begins sailing from New York in late April, and on Norwegian’s latest addition to its fleet – Norwegian Epic – when she launches in July. Each cruise will feature live Nickelodeon-themed interactive shows, including: SlimeTime LIVE! with Nick’s signature slime; Nick Live! Poolside entertainment; character breakfasts and meet and greets; Nick-themed dance parties; and more. Nickelodeon-themed elements will also be incorporated into Norwegian’s Kids’ Crew program.

In addition to the year-round programming on Norwegian Jewel and Norwegian Epic, special Nickelodeon-themed cruises will be offered annually where families can immerse themselves in everything Nickelodeon all day, every day. These unique cruises will include: special appearances by the Network’s live talent; show premieres; more live game shows; even more opportunities to visit with kids’ favorite Nick characters; and much more. The first of the Nickelodeon-themed specialty cruises is scheduled on Norwegian Jewel later this year. More details and an on sale date will be released soon.